February 7, 2020.  This week, Boating Magazine posted a great article on docking, 12 Top Docking Tips.  It’s an article well worth reading, whether you’re a beginning boater or a seasoned pro.  We’re never too old to learn.

My philosophy on docking:  Never approach the dock any faster than you want to hit it!

Point Lookout Marina, Saint Mary’s County, MD. July 8, 2019. Details. You plan and plan in advance. You think all bases have been covered, but the unexpected still happens.  Remember, you’re cruising in a Break Out Another Thousand! 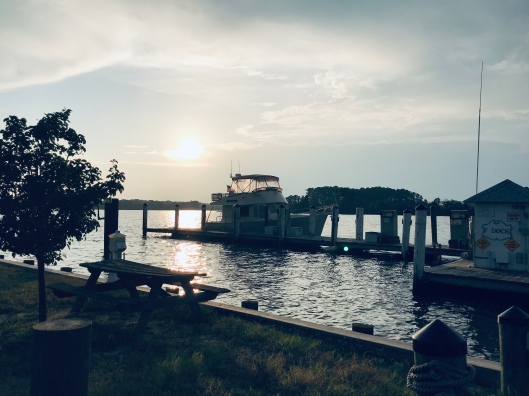 The afternoon of July 6 we were approximately 6-miles from our destination, Point Lookout Marina, Saint Mary’s County, MD. We chose Point Lookout to break up our cruise from Urbana, VA to Solomons Island, MD.  And then it happened.

At the upper helm I had been watching closely for crab pots.  Though I saw no crab pots or anything else in our path, we heard and felt a hard bump or boom, and the boat stopped dead in the water.  I immediately pulled the throttle into neutral, looked at the tachometer, and saw the engine was still running as we drifted in about 30-feet of water. Before I could leave the helm, large drops of rain started hitting the Eisenglas.  I looked to the southwest and saw the huge cloud coming at us.  They say ‘when it rains it pours!’ On this day they words would ring true.

I had the “Admiral” transfer the controls to the lower helm, and rushed down into the engine compartment to make sure we were not taking on water. Thank goodness, the bilge was dry.  I then asked her to shift into forward so that I would see if the transmission was okay and the shaft would spin.  All was well in forward and reverse, but the boat would not move under its own power.  It was time to drop anchor.

Exiting the engine compartment, I hustled to the helm, turned on the windless, and went to the bow to release and drop the anchor using the controls on the bow.  The next shock of the day — the windless was inoperable!  Insane!  Only a few weeks ago when we joined our cruising club on Nowell Creek, it had worked to perfection!  Now, when it was really needed, it was inoperable.  In the future, testing the windless will be done as part of the engine warm up and thruster testing before releasing the lines to leave the dock.

Thanks to God, a great physical therapist, and Gold’s Gym, I was able to let out roughly 75-feet of chain by hand. When the anchor took hold, God and Gold’s enabled me to secure the chain around the post before it pulled me over the bow.  In the wind, rain, and heavy seas — just inside the mouth of the Potomac — I kept thinking of Clint Eastwood’s words that led to Toby Keith’s song,  🎶Don’t let the old man in🎵

Time to call for help!  Our first call was to the marina to let them know of our situation and that at best we would be late arriving.  In calls to TowBoatUS and SeaTow we learned that both were approximately 2 hours away.  Moments later, the marina called back and told the “Admiral” that a young man at the marina had offered to come and help us.  With the safety of Carolyn and Kate being my #1 priority, I told the marina to send him.

With 3 -5 foot waves breaking on our bow, Joey Greenwall fought the storm to come to our rescue.  His nephew jumped onboard Slow Dance to help me secure the tow line and ultimately retrieve the chain and anchor. We secured the tow line to the bollard post of Slow Dance and began fighting the storm to move Slow Dance toward the anchor in order to relieve pressure off the chain. After a half hour of fighting wind and waves, the chain and anchor were secured and we were underway to the marina — and safety.

RESCUED! Storm has passed, seas calming, captain and crew breathing in and out

To their credit, though we canceled our request once our local rescuers had secured us, a TowBoatUS operator showed up to make sure we were safe and secure, and SeaTow remained in touch by phone until they were assured we were safely at the marina.  I regret we were unable to stop the TowBoatUS captain before he left his homeport.  If not for the storm, we could have felt safe waiting for one of the operators to make the trip to us.  One thing is for sure, we will remain loyal members of both organizations for as long as we own a boat.

Monday, July 15, 2019.   We’ve learned the storm that hit us in the Potomac is the storm that caused significant flooding in Washington and parts of Maryland.  Heavy weather delayed hauling Slow Dance until late last Tuesday afternoon.  As soon as it was lifted out of the water, it was obvious the shaft had been broken and we had lost our prop.  The question is why?   I felt confident we had not hit anything, but folks around the marina said that it’s not that usual for logs, other heavy debris, and crab pot lines to be encountered under water.  Based on an inspection of the boat bottom and shaft, our insurance adjuster and his superior felt the failure of the shaft was due to “wear and tear” resulting from 13 years of use, rather than a “strike.”  All things considered, we understand that determination.  It is possible that shaft damage went undetected when the boat’s previous owner damaged the original prop.  Since it has been more than three and a half years since the original prop was damaged, and there was no indication of a prop or shaft problem before the shaft failed us, it’s one of those questions that will never be answered.

All blocked up, waiting for the adjuster and repairs to begin

NOT how the end of the prop shaft should look!

Today we also learned the company manufacturing the new shaft will not pick up the old one until Thursday.  Sadly, that probably means our trip home cannot begin until the end of next week — at best.  One the bright side, we have now cruised some of the most popular destinations on the lower Chesapeake Bay.  Our goal had been to reach Solomons Island before returning home.  We achieved that, even if we did arrive in an Enterprise rental car, and have already stayed longer than if we had arrived by boat!

Next year, good Lord willing, we may return to cruise the Upper Chesapeake. We would still like to visit Annapolis, Saint Michaels, Oxford and a few other towns on the Eastern and Western Shore.  We would also like to revisit a couple of small towns we really enjoyed visiting this year.  One thing is for sure, our “details” list will grow before leaving on another long cruise.

Have you and your “Admiral” devised an emergency plan in the event of a lost prop, broken shaft, or other emergency?  My advice learned from this experience:

There’s no doubt other and more experienced cruisers can add to this list.  I welcome all suggestions. 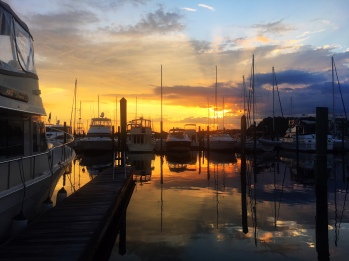 Sunset from “Slow Dance” new slip at Toler’s Cove. The marina is within easy biking distance from home. From the new slip, we have great views of sunsets, the Charleston Harbor, and the ICW. #cruisingtheicw #tolerscovemarina #sunsets #slowdance #marina
Follow Cruising The ICW on WordPress.com 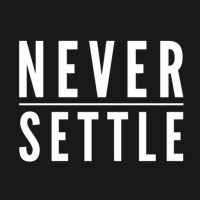 BY GRACE THROUGH FAITH

Cruising from the Chesapeake to Florida including the Keys and Bahamas

The Art of Blogging

Blurring the lines between poetry and prose